Presented at Dassault’s Bordeaux-Mérignac final assembly facility before an audience of 400 customers, operators, suppliers and certification authority representatives, the Falcon 5X will offer the largest cabin cross-section of any purpose built business jet.

The Falcon 5X represents an important addition to the Falcon product line, expanding its offering in the large-cabin segment. The new jet has a cabin height of six feet, six inches (1.98 m), an important consideration for passenger comfort on flights of 10 or 11 hours’ duration. The 16-passenger aircraft has a range of 5,200 nautical miles (9,630 km), connecting Los Angeles with London, Sao Paulo with Chicago, Johannesburg with Geneva or Paris with Beijing.

Functionality and modern style blend in the cabin. The company conducted extensive research into new cabin technology and styling techniques that will greatly enhance passengers’ sense of spaciousness and comfort.

It also integrates nose wheel steering for safer runway handling in strong crosswind conditions and on wet or slick runways. Dassault Aviation is a leader in digital flight control technology having pioneered it on fighters four decades ago and having introduced the first business jet with digital flight controls, the Falcon 7X, in 2007.

Honeywell will provide Falcon 5X with a new generation of the Falcon series’ EASy all-digital cockpit, as well as its most advanced radar, capable of detecting turbulence at greater distances than current models.

The cockpit will feature the industry’s most advanced “head-up display” technology, provided by Elbit Systems. The new HUD will combine “enhanced vision” and “synthetic vision” for unsurpassed situational awareness, even in total darkness, fog or dense haze. Enhanced vision uses infrared sensors to display terrain in darkness and reduced visibility.

Synthetic vision uses a global terrain database for the same purpose. In the 5X, they will be combined for the first time on the head-up display providing a high fidelity view of the outside world even when actual visibility is zero.

Yet the new twinjet will be more fuel efficient than any other business jet in its category and will feature an approach speed of 105 knots – down in the turboprop range – offering more airport options for business jet operators.

Announced at the National Business Aviation Association Convention in Las Vegas in October 2013, the Falcon 5X will be equipped with a new ultra-efficient wing, an advanced digital flight control system derived from the Rafale fighter jet and a brand new Snecma Silvercrest engine offering 15% better fuel efficiency than any other powerplant in its thrust class.

The aircraft will be powered by new-generation Silvercrest engines from Safran Snecma, the French-based engine maker and 50-percent partner with General Electric in CFM, which builds the world’s best selling jet engine, the CFM56.

Other new features include a redesigned cockpit equipped with the third generation of Dassault’s award winning EASy flight deck and state of the art aircraft and engine health monitoring systems.

“The Falcon 5X was designed to answer operator demand for an aircraft in the 5,000 nm range that could provide more space and comfort than existing large body jets while combining the handling qualities, the low speed performance and operating economics which are the hallmark of Falcons … Customers have already responded to the new aircraft with enthusiasm and we expect it to become every bit as popular as the 7X, the fastest selling Falcon we’ve ever built.” said Eric Trappier, Chairman and CEO of Dassault Aviation

Final assembly and testing of the Falcon 5X is taking place at the Mérignac facility near Bordeaux (France), which has seen the delivery of more than 8,000 Dassault civil and military aircraft, including 2,300 Falcons, since it opened in 1949.

The first 5X was powered up and started system ground tests last autumn. It was joined by aircraft no. 2 earlier this year. Testing on the global simulation bench, which replicates the 5X’s main systems, is well advanced and the static and fatigue test campaign on a dedicated airframe has begun. Testing of the Falcon 5X’s Silvercrest engine is also progressing, both on the ground and on Snecma’s flying test bed.

The Falcon 5X’s maiden flight is anticipated before the end of the summer. Falcon 5X is to be priced at about $45 million.

Dassault Aviation is a leading aerospace company with a presence in over 80 countries across five continents. It produces the Rafale fighter jet as well as the complete line of Falcons. The company employs a workforce of over 11,000 and has assembly and production plants in both France and the United States and service facilities around the globe. 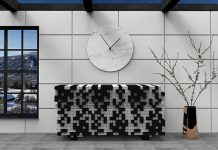 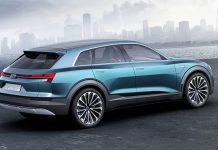 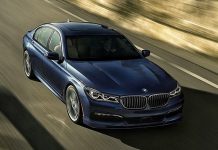 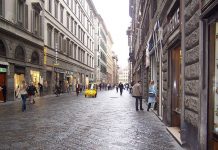