The Mountains. The Horizons. The Light! Engadin St. Moritz is delightful as both landscape and legend. With four major peaks and 350 km of pistes with guaranteed snow, 150 km of hiking trails and more than 220 km of cross-country trails, Engadin St Moritz is recognised as one of the biggest and most contrasting areas for winter sport in Switzerland.

Guests are always inspired and enthralled by the wide array of sports and leisure activities on offer, the specialities of its regional cuisine, the wealth of cultural activities, and the multitude of events.

The region owes much of its appeal to St. Moritz, the scintillating alpine destination, on the one hand and the Engadin, the inspirational high-alpine valley, on the other. But the star attraction in Engadin St. Moritz is and remains nature itself. Benefiting from all the space it needs to flourish and prosper, it offers in return boundless opportunities for visitors and guests to enjoy the natural setting.

The 2015/16 winter season is set to enthral with new infrastructure on the slopes and in the valley, and with stellar events on and alongside the frozen lake of St. Moritz, not to mention the superlative ‘Hotel and Ski Pass’ offer. The World Cup finals on Corviglia in March 2016 will pave the way for the 2017 FIS Alpine World Ski Championships in St. Moritz.

After the 2014/15 anniversary winter when St. Moritz and the Engadin celebrated 150 years of winter tourism, the new winter season is set to be just as thrilling as it gets underway. On 17 October 2015 Engadin St. Moritz will be the first Graubünden destination to launch the winter season 2015/16 with the opening of the Diavolezza.

Celebrations marking the start of the winter season get underway on 4 and 5 December 2015 with the legendary St. Moritz City Race, complete with Corvatsch Snow Night and the grand ski and snowboard test on Corviglia. www.stmoritz-cityrace.ch

Pioneering achievements are still being writ large in the Engadin, even today. For the fourth time now, the hoteliers of the Engadin will be delighting guests with a unique offer: Anyone booking more than one night at any of the 100 and more participating hotels will receive their ski pass for a mere CHF 35.- per person per day for the entire duration of their stay, local public transport included.

This first-rate offer is valid throughout the winter season from 17 October 2015 to 22 May 2016. It remains valid, without change, up to and including the 2016/17 winter season.

Another attractive special offer is available for the World Cup finals and the Music Summit on 16 – 20 March 2016. And there is also a treat in store for guests staying in holiday apartments. With the ‘Holiday Apartment Winter Special’, guests are able to enjoy 14, 7 or 3 nights at a holiday apartment of their choice, with the ski pass for the Upper Engadine mountain railways and cableways available for the corresponding number of days, with free use of public transport included.

This attractively priced offer also includes bed linen, towels, and the end-of-stay cleaning service. And for fans of cross-country skiing the Engadin St. Moritz Tourism Organisation has come up with yet another terrific offer: the Nordic Special. www.engadin.stmoritz.ch/offers

New hotel in Bever and reopening of the Hotel Reine Victoria

Switzerland’s first entirely timber-built modular hotel is due to open in Bever on 11 December 2015. Thanks to its modular design the new hotel was built in only nine months. And with its 41 attractively priced rooms the Bever Lodge has boosted the number of beds in the 3-star hotel segment.

New infrastructure in the skiing areas

A good four weeks after the Diavolezza begins with its winter operations, the Corvatsch and Corviglia skiing areas will also launch their winter season on 21 November 2015. On Corvatsch the new Mandra four-seater chairlift will replace the ski lift next to the Corvatsch Snow Park.

This state-of-the-art installation will help to halve the waiting times on this extremely popular run. At the Corvatsch Park, one of the largest snow parks of its kind in the Alps, a new flow line now replaces the classic offer with half-pipe and kicker lines. The new flow line consisting of moguls and steep banking curves is also aimed at more leisurely skiers and families.

On Corviglia the newly built natural reservoir at Lej Alv is to be commissioned for the first time. With a capacity of just under 400,000 m3 it is filled during the snowmelt without the use of any pumps whatsoever. The electricity saving is the equivalent of 2,000,000 kWh or a 16% annual reduction in the total electricity needs of the Engadin St. Moritz Mountains AG.

From this winter onwards, the legendary downhill run from Corvatsch to St. Moritz-Bad will be open to skiers and snowboarders from 9 am onwards. In addition to the regular bus service, the free Hahnensee-Express ski bus will run every half-hour between St. Moritz-Bad and the Corvatsch valley station so snow-sports enthusiasts are able to commute between the two skiing areas.

The new guided Snow Safari will also link u p the dream pistes of the two Corvatsch and Corviglia skiing areas. Every Tuesday experienced local ski instructors will accompany Snow Safari participants across two summits above 3000 m, nine dream pistes, twelve mountain railway and cableway journeys, 88 km of pistes, and 4444 m of difference in altitude. The tour runs from Furtschellas via Corvatsch to St. Moritz-Corviglia and on to Celerina-Marguns.

In other hotel news…

At the Kulm Hotel St. Moritz the entire west wing has been completely revamped and redesigned in a collaboration with the world-famous star architect Pierre-Yves Rochon. In time for the start of the winter season it will offer guests a contemporary alpine living environment. Luxury premises featuring an abundance of Swiss pine sourced locally from the Engadin combined with fine fabrics and furnishings will contribute towards the complete sense of well- being.

The Badrutt’s Palace Hotel will be celebrating its 120th anniversary in 2016 and, to mark this occasion, every month it will publish a story from its twelve decades of history, along with package offers and other specials. From the end of October 2015 the new Executive Chef Michel Jost will be in charge of the kitchen brigade at the Badrutt’s Palace Hotel.

Another innovation this winter is that the King’s Club will be showcasing a music label. Every weekend throughout the season a DJ from UK-based record label Hed Kandi will have a residency at the Club of the Badrutt’s Palace Hotel, with musicians from Hed Kandi performing live on special occasions.

The new pop-up restaurant is similarly exclusive. From 2 to 12 January 2016 and from 16 to 27 February 2016 the Le Pavillion will open its winter pavilion doors for ten days in each occasion, catering for a maximum of fifteen guests to the motto of ‘Fondue Deluxe’ and ‘Indian Winter’.

The 4-star superior Hotel Saratz in Pontresina looks back on 150 years of history. The establishment’s history, which began in 1865, is showcased with an exhibition in the hotel grounds that includes wooden carvings by Graubünden artists Maria and Peter Leisinger. At the Kempinski Grand Hotel des Bains, award-winning chef Matthias Schmidberger will take charge of the entire catering operations from the start of the 2015/16 winter season.

The new Executive Chef will have overall culinary control over four restaurants, one bar and the banqueting sector. Matthias will also be responsible, as before, for the Gourmet Restaurant Cà d’Oro.

The 2015/16 winter season is punctuated by one top event after the other. Whether it’s spectacular races on the St. Moritz-Celerina Olympia Bob Run, top-class equestrian sports at the St. Moritz Snow Polo World Cup and the St. Moritz White Turf, with the newly launched ‘Night Turf’, or the 2016 St. Moritz Gourmet Festival, the events on offer in St. Moritz are as diverse as they are numerous.

Yet another highlight will be added to St. Moritz’s calendar of winter events in March 2016. From 16 to 20 March 2016 the world’s best alpine skiers will be competing at the AUDI FIS Ski World Cup finals on Corviglia for victory in the World Cup and the large crystal ball. The World Cup finals will be staged to music by international DJs, adding to the tremendous atmosphere.

The St. Moritz Music Summit, Europe’s highest club music festival, will delight audiences from 16 to 20 March 2016 at selected locations on Corviglia and in St. Moritz. The World Cup finals are not only regarded as the season’s highlight, but also as the preliminary event leading up to the 2017 World Ski Championships when St. Moritz will be playing host to the FIS Alpine World Ski Championships in 2017 for the fifth time.

But it’s not just St. Moritz that has all sorts of top events on offer: the Upper Engadin as a whole has numerous stellar events to delight its guests. Whether it’s Samedan’s Out of the Blues Festival, the classic cross-country skiing endurance event La Diagonela, or the Freeski World Cup Corvatsch, featuring the skills of the world’s best freeskiers. For an overview of all the top events go to www.engadin.stmoritz.ch/topevents_en 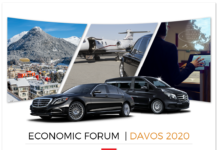 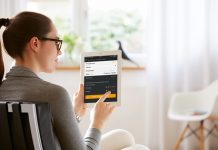 Wait On Guests In A Relaxed Atmosphere 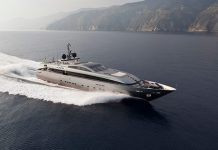 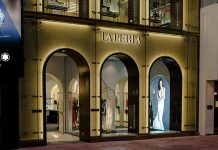 A grand opening for the new La Perla flagship store in... 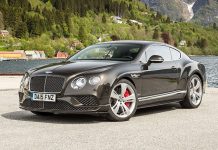