Price growth in Manhattan’s sales market plateaued at the end of the year as competition tempered across the borough, according to the Q4 2016 StreetEasy Market Reports.

In Manhattan, median resale price grew 0.7 percent year-over-year to $983,205 in the fourth quarter, the slowest annual quarterly growth since Q4 2010. Almost 40 percent of all Manhattan sales listings had a price cut in the fourth quarter and Manhattan sellers received a median of 97.4 percent of their asking price, compared to almost 100 percent last year. Manhattan’s pending sales fell 3.7 percent year-over-year and homes spent 64 days on market, an increase of 10 days since last year.

“Manhattan’s housing market over the past few years has been at the mercy of climbing luxury prices,” said StreetEasy economist Krishna Rao. “Now, stagnating price growth is spreading from the top end of the market to the middle, while demand for lower-priced homes increases. The end of 2016 foreshadowed what we expect to see in 2017 – increased competition in relatively affordable areas like Upper Manhattan, and even more price cuts in the luxury sector as Manhattan’s market finds equilibrium.”

The Upper Manhattan submarket continued to have the strongest price growth in the borough, where the median resale price increased 8.8 percent to $658,332. The submarket also had the smallest share of inventory with a price cut (26.7 percent), and a sale-to-list price ratio of 100 percent, meaning sellers typically received their full asking price.

By contrast, resale prices in both the Upper East Side and Downtown submarkets decreased in the fourth quarter, falling 2.1 percent and 0.3 percent year-over-year, respectively. Homes in the Upper East Side submarket also had the most price cuts, exceeding the borough median by 3.5 percent.

In Brooklyn, the median resale price increased 3.8 percent year-over-year to $560,493 in the fourth quarter. North Brooklyn, which is comprised of Williamsburg and Greenpoint, was the only submarket in the borough where resale prices fell, decreasing 2.9 percent since last year. North Brooklyn also had the largest share of inventory with a price cut (41.1 percent). Homes in the submarket spent a median of 83 days on market, which was longer than any other submarket in the borough, and an increase of 31 days compared to this time last year.

“Brooklyn is synonymous with what’s considered cool in New York City real estate, but that cool-factor could be reaching a peak,” said StreetEasy economist Krishna Rao. “Price growth is slowing, with prices even falling in North Brooklyn last quarter. This could be due to L train fears, or simply buyer fatigue in the face of Williamsburg’s luxury prices.” 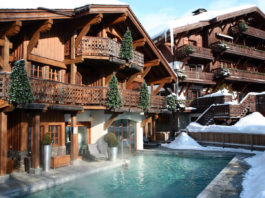 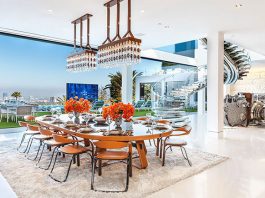 Luxury Real Estate in California – 5 Superior Residences for When... 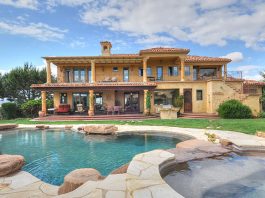 ABOUT US
Luxury-Today.com is a luxury Web publication providing objective analysis and information to affluent consumers to assist with their decision making, such as chartering a yacht, purchasing a jet membership card, booking a luxury hotel, traveling to a specific destination, or buying real estate.
Contact us: contact@luxury-today.com
FOLLOW US
© Copyright 2019 - Luxury Today - All rights reserved