The Patek Philippe Grandmaster Chime is destined to hold a singular place in horological history. A unique double-dial, fully reversible supercomplication wristwatch, with a total of 20 complications, it is an absolute micromechanical masterpiece, featuring complex mechanisms and elaborate case decoration.

Few businesses can look back on a 175-year heritage, yet Patek Philippe has been active without interruption in its métier since the company began in 1839, crafting timepieces considered by connoisseurs to be the finest in the world. This reputation owes much to a philosophy coupling tradition with innovation; and in many ways, the company’s growing stature is due to the fervent involvement of the Stern family, who acquired Patek Philippe in 1932 and have nurtured its development and well being. Patek Philippe is now the last independent, family-owned Genevan watchmaking company.

To pay tribute to its 175th anniversary, Patek Philippe created a collection of limited-edition commemorative timepieces, and one of them stands out in particular. It is the so far most complicated wristwatch of the eminent family-owned watchmaking company and decidedly one of the world’s most elaborate wristwatches.

This is due not only to the number of complications involved but also to the horological degrees of complexity, two of which have been added to the annals of watchmaking for the first time. Moreover, the Patek Philippe Grandmaster Chime is the first double-face wristwatch presented by Patek Philippe that can be worn with either dial facing up: the one that focuses on the time and the sonnerie, the other dedicated to the full instantaneous perpetual calendar.

Changing the face is very simple thanks to the ingenious reversing mechanism in the lugs. It is amazingly easy to operate and firmly secures the case in the selected position. Incidentally, the information for which a watch is most frequently consulted – the current time and the date – is displayed on both dials. The ultimate in user-friendliness and safety is assured with intelligent mechanisms that prevent potentially damaging manipulations and thus reliably protect the highly complex movement with its intricate cosmos of tiny parts.

Patek Philippe’s Grandmaster Chime is a wrist-format timekeeping instrument of absolutely unprecedented complexity and ingenuity that establishes new benchmarks in terms of technical and aesthetic elegance.

In its double-face case with a diameter of 47 mm, it accommodates four spring barrels and no fewer than 20 complications, including coveted functions such as a Grande and Petite Sonnerie, a minute repeater, an instantaneous perpetual calendar with a four-digit year display, a second time zone, and two patented global debuts in the domain of chiming watches: an acoustic alarm that strikes the alarm time and a date repeater that sounds the date on demand. Four additional patents emphasize the innovative thrust behind this watch.

The Grandmaster Chime is a striking example of the “intelligent watch” as envisioned by Patek Philippe’s philosophy. To protect complicated timepieces against damage caused by inadvertent manipulations, the manfacture’s engineers devised clever “isolators” that interrupt the flow of power between individual mechanisms or block certain functions while others are active. The engraved inscriptions and symbols on the case and the pushers are further hallmarks of convenience that make the Grandmaster Chime a self-explanatory grand complication watch.

The effort invested by Patek Philippe in this unique anniversary timepiece is remarkable. More than 100,000 hours were logged for development, production, and assembly, of which 60,000 hours for the components of the movement.

Each caliber consists of 1,366 parts and each case of 214 separate parts, bringing the total number of components for each Grandmaster Chime to 1,580. Thus, it took 11,060 meticulously hand-finished parts to assemble the seven limited-edition exemplars of Patek Philippe’s commemorative Grandmaster Chime masterpiece. Seven watches that are making history reverberate.

This complication automatically sounds the hours and quarter-hours at each quarter hour (in the Petite Sonnerie mode only the hours at the top of the hour and only the quarters at each quarter hour). It ranks among the functions that aficionados and collectors hoped to see implemented in a Patek Philippe wristwatch. But it was always clear to the manufacture that this would not happen unless a strikework power reserve of at least one entire day could be achieved.

The necessary technology was not available until just recently. But now, thanks to the double barrels reserved for the strikework mechanism, the sonneries can be activated during a period of more than 30 hours before they need to be rewound by hand. Remarkably, this was accomplished even though the quarter-hours are sounded not on two but instead on three gongs with different tone sequences. This requires 50 percent more energy for each quarter-hour strike.

The strikework double barrels also deliver the energy for the minute repeater, which on demand strikes the hours and quarter-hours as well as the minutes that have elapsed since the last quarter-hour. Connoisseurs automatically associate the clarity and volume of the sounds with Patek Philippe. After all, it was the Genevan manufacture that orchestrated the comeback of this queen of complications 25 years ago.

The alarm strikes the alarm time by reproducing the complete tone sequence of the minute repeater, with exactly the same sound quality. This is a function never before integrated in a mechanical wristwatch. And this is not the only “striking” global premiere with which the Grandmaster Chime celebrates its debut.

The idea behind this patented global debut was inspired by a long-standing Patek Philippe customer who in a discussion with the manufacture’s president Thierry Stern mentioned the possibility of a date strike. Now, with the Grandmaster Chime, it becomes sonorous reality when the date repeater is triggered with a pusher.

It sounds ten-day intervals with a double high-low strike and the remaining days with a high strike: the 23rd of a month is indicated with a ding-dong ding-dong followed by ding-ding-ding. The strikework mechanism obtains the date information from the perpetual calendar to which one side of the double-face watch is dedicated, and which controls the date displays on both sides of the timepiece.

The dial of the calendar face is eminently legible. It features four subdials with analog displays grouped around the gold-framed four-digit year display in the middle. The month is indicated at 3 o’clock, the date and leap-year cycle at 6 o’clock and the day of the week at 9 o’clock.

The time of day appears at 12 o’clock on the 24-hour and 60-minute subdial. With the exception of the four-digit year, the calendar displays advance instantaneously and at the same time. As regards the date, this is indispensable because the date repeater must obtain precise information, especially during the minutes before and after midnight.

The perpetual instantaneous date is also displayed on the other face of the watch where it frames the moon-phase display at 6 o’clock. A patent granted for the four-digit year display acknowledges the elegant mechanical solution which allows the year to be conveniently incremented forward or backward with two pushers.

When the crown of the watch points to the right, the owner sees the dial that apart from local time also indicates the time in a second time zone together with a useful day/night indication.

The same dial features the power-reserve indicators for the movement and strikework barrels, the position of the winding crown (winding, alarm setting, handsetting), the selection of the strikework mode (Grande Sonnerie, Petite Sonnerie, or Silence) as well as a bell-shaped aperture for the alarm ON/OFF display and a small round window for the strikework isolator (disabled/enabled) display.

The round double-face case: a grand reversible construction

The term grand complication is used for movements that feature several highly elaborate complications. In analogy, the expression grande construction is justified for watch cases that require the utmost in creativity from master artisans specialized in design, completion, and decoration.

The secret lies in the lugs and the ingenious reversing mechanism, which is not only remarkably easy to operate but also firmly and dependably secures the case in the selected orientation. In the Grandmaster Chime, the skills of the casemakers are ennobled by the hand of a master engraver who invests several hundred hours of work to decorate it.

He adorns the rose-gold case with relief engravings of a special anniversary laurel foliage motif and with a sharp burin chisels the inscriptions and symbols that explain the functions of the operating elements into the caseband, so that the complex timepiece can easily be operated without an instruction booklet.

The laurel wreath is a symbol of triumph which since time immemorial has adorned the heads of victors and regents. At Patek Philippe, it is reserved for the seven Grandmaster Chime timepieces that commemorate the manufacture’s 175th anniversary.

The Grandmaster Chime is delivered in a chest made of Makassar ebony and 17 further wood species. It is decorated with intarsia and gold inlays. Apart from the watch, it contains the accompanying documentation and a commemorative medal in gold that depicts milestones of the manufacture’s history as well as portraits of the company’s presidents from the Stern family since 1932.

The Patek Philippe Grandmaster Chime celebrates the 175th anniversary of the manufacture in a limited edition of seven watches. Six of them will be sold to long-standing collectors of Patek Philippe timepieces. The seventh one will find a place of honor at the Patek Philippe Museum where it can be admired by the public. 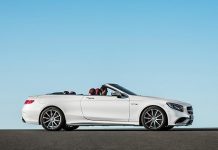 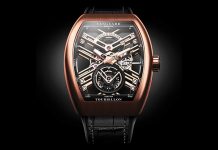 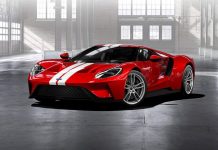