The ultra-long-range Falcon 8X is Dassault’s new flagship and a natural extension to the company’s product line.

The Falcon 8X will offer the greatest range, the longest cabin of any Falcon and the largest selection of cabin configurations in business aviation. At the same time, it will afford the low operating economics and remarkable operating flexibility for which all Falcons are known.

The 8X builds on Dassault’s unrivaled know-how in aerodynamics, computer modeling, precision design and manufacturing, advanced digital flight controls and combines the best features of Falcons that have come before with the most capability of any Falcon ever.

With eight passengers and three crew, the aircraft will be capable of flying 6,450 nm/11,945 km non-stop at M.80. It will be powered by an improved version of the Pratt and Whitney Canada PW307 engine delivering 6,722 pounds of thrust each – a 5% increase compared to the PW307A that powers the Falcon 7X.

Combined with improvements to wing design, the new power plant will make the Falcon 8X up to 35% more fuel efficient than any other aircraft in the ultra-long range segment, affording a corresponding savings in operating costs and will offer a significant reduction in noise footprint and NOx emissions.

The Falcon 8X is expected to have a balanced field length of about 6,000 feet (1,829 meters) and an approach speed of 106 knots (197 kph) at typical landing weight. The 8X will feature a new generation of Dassault’s award-winning EASy flight deck equipped with a head-up display that combines both synthetic and enhanced vision and will offer a dual HUD capability.

Unveiled in May 2014, at the European Business Aviation Convention & Exhibition (EBACE), the 8X first flew on February 6, 2015. Certification is scheduled for mid 2016 with first deliveries to start before the end of the year.

The Falcon 8X cabin will be 6 feet, 2 inches (1.88 meters) high and 7 feet, 8 inches (2.34 meters) wide and 42 feet, 8 inches (13 meters) long – longer than any other Falcon – enabling it to offer customers the highest level of customization of any aircraft on the market. More than 30 different configurations will be available.

Customers will be able to choose between three galley sizes (two with a crew-rest option) and passenger seating areas of varying lengths capable of supporting different lavatory layouts, including a lavatory with shower.

The Falcon 8X will also be fitted with a redesigned ultra-efficient wing derived from that on the Falcon 7X. The wing structure has been optimized, reducing overall aircraft drag during cruise and affording a 600lb weight saving. Together with a new leading edge profile and re-engineered winglets, these improvements are expected to significantly improve the aircraft’s lift-to-drag ratio.

Like the Falcon 7X, the Falcon 8X will be capable of approaches up to 6 degrees, allowing it to serve challenging airports such as London City Airport and Lugano, Switzerland that are normally not accessible to most large cabin aircraft. 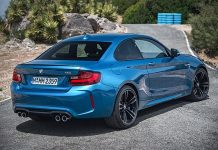 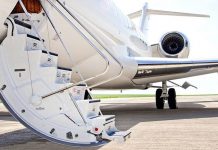 62 people as wealthy as half the world population combined 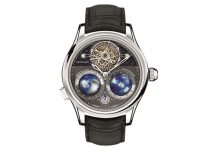