Lincoln registrations with women have increased 45 percent since 2005, based on Lincoln analysis of IHS Automotive data; brand registrations grew 4 percent over the same period

Women are driving demand for Lincoln’s newest vehicles – particularly its luxurious SUV offerings – according to a recent analysis of IHS Automotive vehicle registration data. In the last decade, Lincoln registrations among women have increased 45 percent.

Women buyers grew at more than 11 times the rate of the Lincoln brand in the last 10 years – twice that of the overall luxury segment. This growth reflects women’s buying strength in the luxury market, which can be directly correlated to their increased earning power. According to the U.S. Census Bureau, more than 9 percent of women hold master’s degrees, which often leads to higher income; less than 8 percent of men have master’s degrees.

Sheryl Connelly, Ford Motor Company global consumer trends and futuring manager, says women are achieving new levels of prominence in their professional and personal domains. “It’s no surprise that as women reap the rewards of their success, they have increasing influence in shaping the luxury market landscape,” says Connelly.

According to the New York Times, women were responsible for 85 percent of luxury product sales in 2015, while an NPR report shows women influence more than 85 percent of major automotive purchase decisions overall.

Based on the most recent IHS data, registrations to women of Lincoln MKC, which launched in spring 2014, were up 52 percent for the second half of 2015 over the same period in 2014 – representing 59 percent of overall Lincoln SUV growth last year.

The success of Lincoln vehicles with women in December can be partly attributed to the launch of the all-new 2016 Lincoln MKX, as registrations to women buyers increased 48 percent over the same period in 2014.

What women want, and their influence on Lincoln design

Women are seeing even more of what they want in Lincoln designs. Through its emphasis on quiet luxury, Lincoln is bringing elegance, effortless power and serenity to its lineup – inside and out.

“A more traditional material, such as luxury wood trim, or a more modern take in the form of a wrapped aluminum mesh, may hold equal appeal for women,” said Marcia Salzberg, Lincoln senior designer for color and materials. “It’s where and how the material is applied, and its relationship to the colors and surfaces enveloping it that creates a holistic expression of quality women recognize and appreciate.”

The head restraint moves straight back to allow women to rest their head comfortably – even when wearing a hat or a high ponytail. 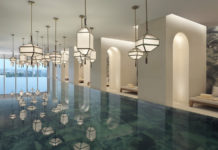 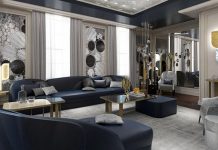 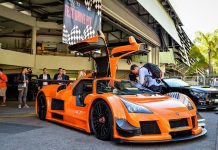