A. Lange & Söhne Datograph Perpetual is a wristwatch that combines chronograph and perpetual calendar with a noble white-gold/grey contrast.

A. Lange & Söhne are irrefutable geniuses in the world of luxury timepieces. With the Datograph Perpetual series, they have expertly combined aesthetics with pristine functionality. These luxurious accessories are assembled with over five hundred unique and crucial elements. The complexities of their inner workings are coupled with the simplistic elegance of the crocodile leather band and clean, stylish watch face.

We already presented you the A. Lange & Söhne Datograph Up/Down in its Pink gold edition, which was a reissue of an old watch. Indeed, the first execution of the Datograph (not Up/Down) was already available in this pink gold / black dial combination. The new Datograph Perpetual is an absolute powerhouse of a watch, combining the best of A. Lange & Söhne’s manufacturing and design in one timepiece.

The pairing of a solid white-gold case with a grey dial adds elegance and charisma to the combination of a flyback chronograph with a perpetual calendar.

For French writer and Nobel laureate André Gide, grey was the colour of truth, which might be due to its counterbalancing effect and the seductive radiance of this hue. In the A. Lange & Söhne Datograph Perpetual, the juxtaposition of a white-gold case and a grey dial accommodates both of these aspects.

Since 2006, its name has been a synonym for the ingenious combination of a flyback chronograph and a perpetual calendar. With three highly elaborate, technically advanced mechanisms, it fully lives up to the task of precise short-time measurements: The column-wheel concept assures dependable control of all chronograph functions, the jumping minute counter always delivers distinct legibility of stopped times and the flyback system makes it possible to accurately measure the durations of events in quick succession.

With its Lange outsize date, day of week, month and leap year indications, the perpetual calendar is so precise that it requires no adjustment until the year 2100, when a one-day correction is needed. All calendar displays can be advanced simultaneously with a convenient rapid-correction pusher. Additionally, three recessed correctors allow the displays to be adjusted separately. Conversely, its chronograph can stop times to an accuracy of one-fifth of a second.

The dark grey hue of the dial clearly emphasises the displays and prominently showcases the deep blue lunar disc with its golden stars. Baton hour markers as well as hour and minute hands in rhodiumed gold highlight the rich-contrast design that was first introduced with the 2010 launch of the pink-gold version.

The chronograph hand indicates the stopped time to one-fifth of a second. It is made of blued steel. A. Lange & Söhne used the same material for the minute counter and seconds hands, allowing them to stand out prominently against the bright rhodié background of the subsidiary dials. With its movement consisting of 556 lavishly finished parts, it delivers fresh proof of the Saxon manufactory’s virtuosity in the realm of horological complications. 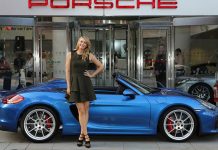 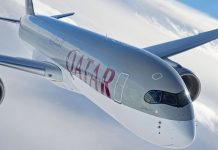 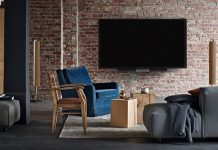 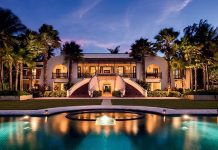