During the Salone del Mobile in Milan, Armani offered a fascinating voyage through some of the world’s most dynamic cities and we would like to thank Armani one more time for the invitation.

It is a journey that takes in different cultures and inspires a variety of emotions, looking at ways of life and examining local sensibilities. It is a history of the introduction of innovations and a reflection of an aesthetic sense that redraws the boundaries of taste.

Some of the Armani/Casa Interior Design Studio’s most important global projects were on display at Salone del Mobile for the first time. Sketches, renderings, plans and cross sections, photos, scale models, layouts, samples of fabrics and materials – all reveal the breadth and richness of the Studio’s stylistic research, both formal and material, and illustrate the Studio’s working methods and the various phases that constitute the preparation of projects. The installation concept metaphorically evokes the atelier where ideas are conceived and take form.

“For the past decade my Interior Design Studio has been working on outstanding projects all over the world, coming up with new creative solutions in which an aesthetic of luxurious simplicity is interpreted through the local culture and ethos. In this exhibition I wanted to present this very complex, wide-ranging experience, a voyage through innovation in hospitality and the dream of living, working with great masters of contemporary architecture” said Gioargio Armani

The exhibition represents an important milestone in Armani/Casa’s quest, which began in 2004 when Giorgio Armani surprised the world by signing a partnership with Emaar Properties PJSC. The company’s chairman, Mohamed Alabbar, had the intuition to contact the Italian designer, known for his passion for detail and endless striving for perfection, to add character and personality to the Burj Khalifa in Dubai, the world’s tallest building. It was to become home to the first Armani Hotel.

This initiative was then repeated in Milan and in other cities, from Miami to Istanbul, from Mumbai to Manila, and from Tel Aviv to Chengdu and London. Indeed, the UK’s capital is the location of the latest project, just completed, a preview of which is presented in the exhibition.

Just as the design philosophy of the designer – an approach that perfectly represents Made in Italy – changed the world of fashion, his interior design has changed our concepts of ease and comfort within architectural spaces. His signature aesthetic is a taste for luxurious simplicity, and this sums up the designer’s profound design identity.

It is this sensibility that affects all the senses and is transformed into a cultural factor underlining the uniqueness of his projects, revealing their profound harmony with their surroundings. Iconographic elements characterising different places and cultures and the inspiration of encountering new materials and unusual colours provide the basic stylistic inspiration for each individual project.

Queen’s Gate Place in London in collaboration with Alchemy Properties.

In a historic townhouse built in 1863 and subject to strict heritage building regulations, Giorgio Armani came up with a truly contemporary plan, which nonetheless respects all the valuable original elements of the architecture. Indeed, he decided to showcase these with careful attention to their composition and detail. The plasterwork, the cornices and the stairway, with its highly decorative iron railings, have been restored to their original splendour, in perfect harmony with the project’s modern spirit and use of today’s most advanced materials and technologies.

Inaugurated in 2010, the Armani Hotel Dubai, with its 160 luxurious rooms and suites, eight restaurants, shops, spa and 144 Armani Residences, offers a whole world of harmony, privacy and calm, giving the concept of comfort a whole new look, which characterises all the interiors designed by the Armani/Casa Interior Design Studio.

The World Towers in Mumbai

In The World Towers in Mumbai, the world’s tallest residential building, designed by Pei Cobb Freed & Partners and promoted by the Lodha Group, India’s biggest real estate developer, the interior design of the various different types of residential unit and the large common areas creates a style perfectly integrated with India’s traditions and customs: iconographic elements of Indian culture, such as the jali, are reinterpreted in a modern way to create warm, cosy spaces characterised by unusual effects of light and shadow and the juxtaposition of original shapes and textures.

In an extraordinary building in Makati, an elegant residential district in Manila, the Armani Group has formed a partnership with Century Properties to design the interiors of residential units and common areas of the Century Spire.

The building’s bold structure, that seems to open up at the tip like a bud, and the dynamism of the oblique lines of the façades, provided key sources of inspiration for the development of the interior concept, which features all the comfort and elegance associated with the Giorgio Armani name, here sitting in perfect harmony with the expressiveness of Daniel Libeskind’s architecture.

Residences by Armani/Casa in Miami

A partnership between Giorgio Armani, Dezer Development and the Related Group led to the creation of the prestigious  Residences by Armani/Casa in a building of bold structural design built by César Pelli in Miami’s exclusive Sunny Isles Beach neighbourhood.

Residences by Armani/Casa will be a 308-unit residence with a private restaurant for residents, a 600-car parking garage and a 30-feet beach walk on the south side of the building, which will be located at 18975 Collins Ave.

In the interiors he designed for this project, the designer reinterprets the art deco style associated with the city in a contemporary form, creating a colour palette that pays homage to the colours of the ocean in all six types of residential unit and in a great variety of common areas and amenities.

Giorgio Armani and Mind Group’s first residential project in China, located in Chengdu, includes two residential buildings in a large multi-purpose architectural complex overlooking the Jinjiang River and the historic Wangjianglou Park, which dates back to the Qing dynasty.

The Art Residences, situated in the twin towers designed by Aedes, have a curved symbol on their walls that the designer took from the pattern of a fabric in his collection, giving the two buildings iconic value. The interior design of the many different types of residence, and the common areas (which are two floors high), pays homage to the local culture, reinterpreting the theme of bamboo and the wave (water), key iconographic elements in this part of China.

In the central residential district of Nisantasi, the Maçka Residences, promoted by Astas Holding, is Istanbul’s most exclusive residential project. The three towers, with spectacular views over the Bosphorus, the Prince Islands and Seraglio Point, include various different types of residential units and three big lobbies that have come to symbolise style in the city of Istanbul.

The lobbies are characterised by sculptural curved staircases winding through the double height of the space and majestic curved walls made using advanced technology.

Giorgio Armani’s first architectural project in Milan, in partnership with Emaar Properties, is the Armani Hotel in Via Manzoni, located in a historic Rationalist building designed by architect E. Griffini in 1937. Every detail of the development expresses the Armani aesthetic, combining light, warmth and beauty in a new form that is a contemporary expression of hospitality.

The designer came up with an original solution for the little lobby at San Pietro all’Orto 6, a complex of serviced apartments in the heart of Milan for which the Studio designed the interiors of the common areas and all the furnishings for the residential units.

In the Harbaa Towers in Tel Aviv, designed by architect Moshe Zur and promoted by the Hagag Group, the Armani/Casa Interior Design Studio was asked to design the entrance lobby and the large skylounge. The challenge here was how to give soul and character to spaces that are by nature transitional areas where people don’t spend much time.

The Studio’s stylistic research and study of the icons of the city gave rise to the idea of using a stylised palm as a leitmotif in the design. The symbolic plant, rendered evanescent by skilful combinations of technologically advanced materials, characterises the walls of the entrance lobby, so that it appears to be an extension of the space outside. 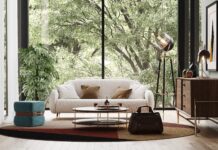 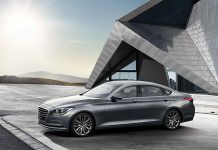 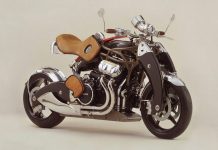 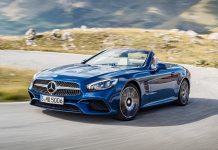 The new Mercedes-Benz SL: The legend – now even more dynamic