Ulysse Nardin announced joining the Team Artemis Racing, the Swedish Challenge for the 35th America’s Cup as an Official Partner.

An iconic test that combines exceptional boats and history-filled water venues, a rich subject of inspiration – high-level sailing especially means excellence, innovation, precision, technology, and team spirit. These values are also shared by Ulysse Nardin, which will fly the colors of Artemis Racing for the next America’s Cup campaign, beginning next June and running until 2017.

Artemis Racing is a professional sailing team challenging for the 35th America’s Cup, representing Kungliga Svenska Segel Sällskapet (KSSS – the Royal Swedish Yacht Club), the fifth-oldest yacht club in the world. Founded in 2006 by Torbjörn Törnqvist and named after the Greek goddess Artemis, the team has won numerous competitions worldwide, including the MedCup and TP52 World Championships and the RC44 World Championship. Artemis Racing was the Challenger of Record for the 34th America’s Cup.

“It is an honor for Ulysse Nardin to enter into a cooperation with Artemis Racing. Ulysse Nardin’s history of navigating the sea paired with the DNA of innovation and technology, which is firmly established in both companies, makes this partnership a perfect match. When meeting the Artemis engineers, technicians, and craftsmen at their base in San Francisco, I quickly realized that the spirit of passion and innovation is the driving force behind this extraordinary team. “ said Patrik Hoffmann, CEO of Ulysse Nardin

“The America’s Cup is synonymous with style, technology, design, and prestige, however the new breed of foiling wing sailed catamarans is asking far more from us as designers, engineers and sailors than ever before. This cycle and the future of our sport is about original thinking, developing new materials, and pushing the boundaries of what we understand about yacht design and racing. In Ulysse Nardin we are lucky to have found a partner that shares our values, our passion for teamwork, our desire to innovate, and an ambition to lead in our respective fields. We look forward to sharing this adventure together over the next three years and beyond.” said Iain Percy, Team Manager and Skipper of Artemis Racing

Brought forth in the spirit of innovation, America’s Cup it is a contest of tremendous challenges, and for the winners, it is the apex of yachtsmen’s careers. From today’s top sailing purists, such as Iain Percy, Team Manager and Skipper of Artemis Racing, to yesterday’s industrial-age tycoons, like Harold S. Vanderbilt, the America’s Cup lures those who are not only passionate about the practice, but also have an unquenchable thirst to triumph. This desire to achieve the premiere place in sailing doesn’t stop with the sailors, but it encompasses all who make it possible.

To win the America’s Cup, you must have the best formula of design meets engineering, and engineering meets sailing proficiency. And, now more than ever, you must have a passion for ingenuity, for the game, its equipment and demands have changed, evolving alongside cutting-edge technology.

Since the beginning, only four countries have won the America’s Cup – the United States, Australia, New Zealand and Switzerland – with a mere eight cities having played host to it. In June 2017, Bermuda will be its 35th home, and Artemis Racing is striving to be the Cup’s new steward, bringing it back to Europe and Sweden for the first time. 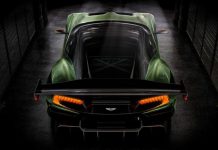 Alain Ducasse’s Benoit 2.0 Will Take You to the Heart of... 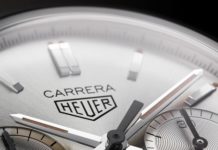 160 Years Young: Tag Heuer Kicks Off a Milestone Anniversary With... 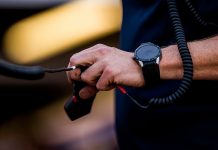 The first connected watch developed by a Swiss luxury watchmaker